Murillo, Seville and the innovative look

Seville, the capital of southern Spain, is a city that transpires history. Through its old town, one of the three largest in Europe, different civilizations and cultures have passed, leaving their ancestral mark on some of the most beautiful monuments in Spain.

Murillo, his space and his time

In the richness of this cultural melting pot, in seventeenth century Seville, Bartolomé Esteban Murillo was born, destined to become one of the great masters in the history of painting. He did so in a time of profound transformations. Of a pioneering nature, the artist would develop throughout his trajectory an innovative look that anticipated modern painting.

His biography is linked to tragedy, since Murillo, the youngest of a family of 14 children, lost his father at the age of nine and his mother a few months later, added to which, he would lose his wife and four of the nine children they had together. However, from a very young age he showed his painting skill and performed a renovating work, luminous and with an impressive and unusual use of colour. All these discoveries were born of his own context, a land full of nuances, between decadence and the circumstance of being the gate from America into Europe. A city, Seville, in which he found inspiration to create his powerful pictorial production.

From Seville to the rest of the world

His art sprang from the roots of Sevillian culture, even literally, because he created his pigments with the water from the Guadalquivir River. And, at the same time, Murillo sought inspiration everywhere, from Zurbarán and Ribera to Venetian painting. From this agile gathering of elements by the master, who was a tireless researcher hunting for the purity of image, came the success that his paintings had in his time. Soon, many of his paintings illuminated churches, convents, palaces and mansions in the city. His fame quickly spread throughout Spain and Europe until it finally crossed the Ocean.

The artist in his city

Murillo was one of the great portraitists of his time, with revolutionary works like his ‘Self-portrait’, in which he managed to cross the barrier of the frame to enter into the third-dimension terrain, or those of social themes, in which he reproduced the people of his time. In addition, he executed a large collection of religious works, with a predilection for the subject of the Immaculate Conception, to which he gave light and sweetness. Many of these paintings are found in the most prestigious art galleries in the world; and others, however, continue in the place for which they were created. Seville is, thus, the ideal place to rediscover his art.

The fourth centenary: past, present and future

On this 400th anniversary of his birth, Seville wants to pay tribute to the painter with an ambitious program of commemorations that aims to explore the past of the city, Murillo’s times, and to link his innovation to the present, to a capital city that embraces its roots to move forward with them into the future. Murillo must be revisited and disseminated under a look that rediscovers the value of his master stroke. 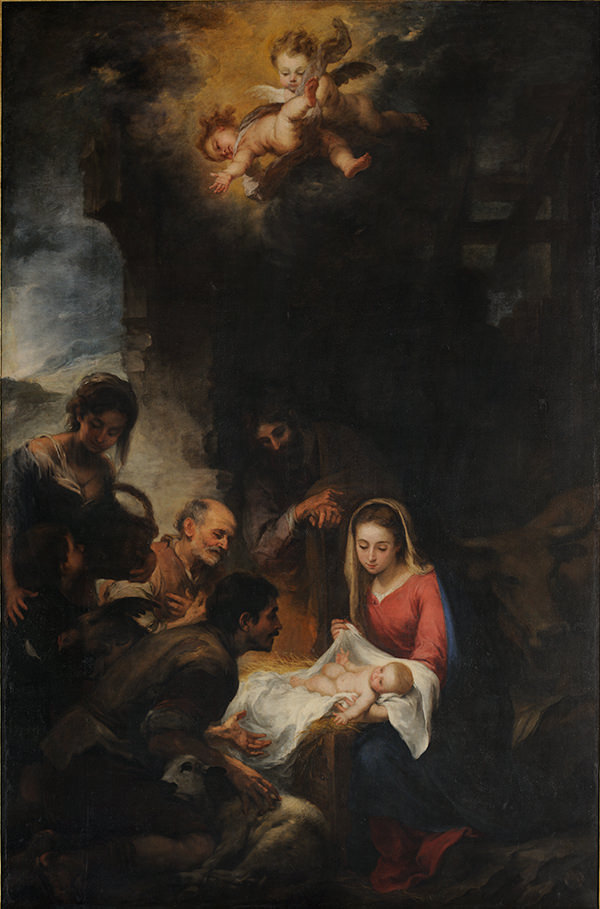