The conception of Mary, free from all sin -Sine Labe Concepta-, whose iconography was one of the pillars of Murillo’s work, is intrinsically linked to the city of Seville, which in 1615 vowed its defence. Based on a text by Calderón de la Barca contemporaneous with Murillo and which deals with this dedication to the Virgin Mary –‘The Military Orders’, 1665-, ‘Gratia Plena’ proposes an imaginary confrontation between allegories and historical figures that revolved around the defence of this dogma of the Catholic faith, from Philip II to Pius IX, author in 1854 of the ‘Ineffabilis Deus’ bull.

This play is a continuation of the work developed by Rafael R. Villalobos in his review of the Auto Sacramental known as baroque Gesamtkunswerk and reconverted into a multidisciplinary show that combines historical and new texts with sacred and electronic music, in this case remodelling Murillo´s plastic imaginary from a contemporary perspective. 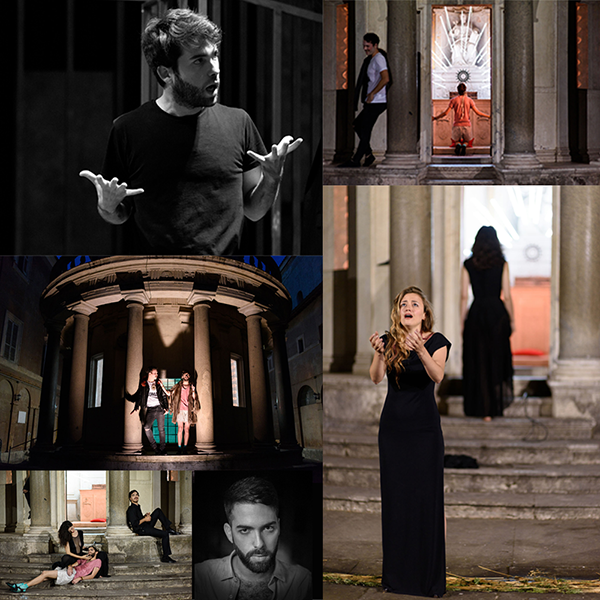