For this concert, Jordi Savall is inspired by Murillo’s biography and work to create a musical painting of the artist’s times. The conductor reinterprets the master’s art in a symphonic work that integrates the voices of Seville’s culture in the 17th century.

Murillo is, in the eyes of Savall, a painter who conveys an emotion that few artists have achieved, capable of turning the strength of humble people, with all their humanity and their tragedy, into religious characters. It is in this ground-breaking form of transforming reality where Savall locates Murillo´s innovation, a perspective delved into by this specially created programme for ‘Murillo and Seville. 400 years of the birth of a universal painter’.

Savall (Barcelona, 1941) is one of the most versatile personalities of his generation. His activities as a viola da gamba player, conductor, teacher, researcher and creator of cultural projects place him among the main architects of the historical music revaluation phenomenon.

Throughout his career he has recorded and released more than 230 records of medieval, Renaissance, Baroque and classical music pieces, with special attention to the Hispanic and Mediterranean musical heritage; a production worthy of multiple awards, such as the Midem, International Classical Music and Grammy awards. 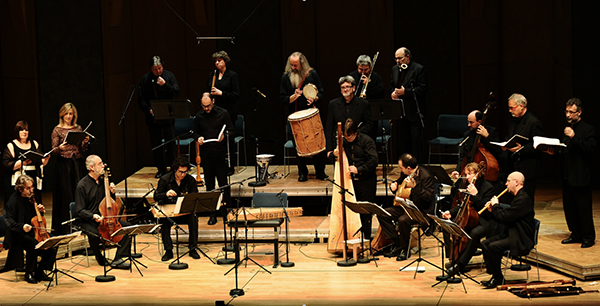